a short atmospheric horror game in the vein of creepypasta and r/nosleep. audio required.

good atmosphere and the way the game gets you immersed into it! but i don't get the final ending? am i just dumb?

The clicking noises at the end of the good ending sounding like they were really coming from behind me! The barking woke up my cat. Good Audio Quality

Thanks for the warning ;w; I have autophobia so when I'm alone and not distracted I always check behind me or someone/something, so this is really helpful to know lol

I hadn't even thought about that! I'm happy that this helped you. I'd say the game is just as creepy without sound.

I spent like 3 hours on this. Time well spent.

We love to see the dedication 👏

THAT ENdiNG FOR GOOD IS CREEPY I GOT BAD BECAUSE I THOUGHT THAT THE FRIEND WOULD BE THE GUY LOL, COULD YOU ADD A POLICE OPTION... actually wait... OH GOD 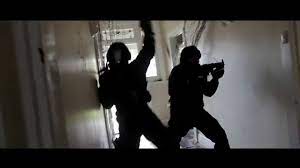 HOLY SH*T NICE GAME!! The atmosperic horror without the jumpscares keeps you on edge and the plot was very good! Kudos to you:)

Wow! You really know how to make a creepy atmosphere! The word challenges were pretty fun too and it's paced really well!

Thank you so much! Glad you enjoyed it all

A very cool game, even tho there are no jumpscares it still gives off a vibe that there are and the fact that (spoilers)

your friend remebers what happend before and that he actually tries to help you is a nice detail, i thought i was gonna get jumpscared like 5 times and when i didn't i just got even more scared, great game, hope you do more stuff like this in the future!

Thanks so much! I try to avoid jumpscares as much as possible to challenge myself to scare players in other ways. <3

Heavens, I played this during the day and gosh, my sister kept on giving me the looks because I was so anxious while playing! No jumpscares (which is one of the things I loved) and the atmosphere is scary and very immersive! I got goosebumps when I finally got the final ending! I don't know if this game has any continuation, but I feel like the story deserves to get explored even more. No pressure on the creator, of course! But I would love it if we can solve the mystery after that cliffhanger with the player's friend. ><

Aww, thanks so much! Glad you had a great time. No plans for continuation, I'm afraid, but you're always welcome to speculate ;)

This was pretty creepy and disturbing,especially when you sit in total darkness,i was expecting a screamer,good atmosphere though

Check through some of the previous comments for hints :)

A horror game disguised as a study tool, with layers built-in to assure the player practices words that get increasingly more sinister, but also learns you what paranoia feels like. If you feel like playing a short game with amazing ambient audio, and experience what it is to be home alone while someone is watching you through your window, this is your chance.

this was a fun little game

i got the good and the bad

but its a good game tho

Definitely not cheating! You can get the good and bad endings by playing through the game normally. For the "final" ending, check out the hint I posted to the previous commenter about turning off the phone in-game. Good luck!

i love this game! most of the time i dont really play games like this but the atmosphere combined with the noises and stress was perfect!

Thank you! Glad you're enjoying it.

(HINT: You can turn off the phone when it starts to get glitchy. You might remember from previous playthroughs that there's a point late in the game where the vocab app resets itself... Keep an eye out for that moment.)

I find that not many text-based horror games are able to unsettle me, but this was fantastic.

The small details were perfect (my favorite being the vocabulary words becoming more sinister over time), and it's a great function to have the player be able to keep checking the man outside- really increased my paranoia. The multitasking between "keeping watch" and the vocabulary minigame really enhances both aspects. And of course, the sound design is perfectly subtle in all the right places. It's a breath of fresh air to see horror done well without cheap tricks or irritating tropes.

Please do keep creating horror stuff like this, you're a very skilled storyteller!

Thank you so much for this awesome, thorough review!! You touched on basically everything that I hoped players would appreciate, especially the increasingly sinister words -- not a lot of people comment on that!

I'll do my best to create some more good stuff ;)

Really, really, really enjoyed this game. Played it with my brother while we were scrolling through some text based games on here -- super pleased with what we found :-).

Gods, this was so freakin' uncomfortable and scary in all the right ways. The audio is absolutely perfect, how did you manage to make it sound so good?! The vocab game helps immerse you into feeling ingulfed in the character's fone, as does the text. I would add that more text options would be great, but as is, this is amazing.

Why did I have to play this with my blinds open at night? (was cleaning so I had to keep them open some to dry)

I only got the good ending, will try once I stop having a heart attack for the new one. *shivers*

Thanks for this very kind review! The audio editing definitely took awhile haha. Good luck on the other endings :)

your welcome and thanks :)

Maan- when the weird man disappeared I was waiting for a jumpscare- It really scared me tho, loved it!

Thanks! I try to avoid cheap jumpscares ;)

ooh, that's way better, you don't know how nervous I was lmao, well, keep doing your amazing job, It's perfect !!<3

It doesn't rely on jumpscares but is truly unsettling, great game! (it makes me nervous to do my English homework now ;w;)

Thanks so much! And don't worry, the man outside just wants to help you study :)

how do you follow your friends advice? When it says to get rid of the app before it restarts do i have to refresh the page when its about to? Or do i turn off my Chromebook? I'm worried it will restart then i have to do it over again.

To follow your friend's hint, try playing one more time. There will be an opportunity near the end of your final playthrough to prevent the app from restarting. No need to refresh the page. Good luck! :)

Man. This is scary. but I also got scared by my controller playing Resident Evil 2 remake. But this is just freaked me out on so many levels! The audio and dialogue really set the tone for the game. Very spooky.

have you seen 'the babysitter' on Netflix?

Thank you, glad you enjoyed! I'll accept any comparison to RE as a compliment ;)

Oh no, I really liked this game (I had nearly more fun with the vocab test but both elements of the game worked great) but for my Lets Play, somehow, the audio did work for some parts and didn’t for others. It was probably me, I am so sorry that it’s not the full experience (I did mention that in the lets play, though, so people know, there’s more to it).

That being said: this is a really cool idea and a great way to have a creepypasta feeling, great job!

Ha, thank you! (and go take out your trash!! your vocab skills will protect you)

I have not played the game yet but it seems scary I looked a comment and it said; "STOP USING YOUR PHONE" for a hint?
This is going to be scary.

ahhhhhhh this was properly scary. It actually gave me juuust enough real anxiety I thought I might have to quit, but the pace of the game had a way of giving me breaks to calm down so I didn't have to, so kudos for that! I played on normal difficulty the first run and the respiration 'scare' actually helped me reign in my breathing.

I think what I enjoyed most were those words and answer choices, whether it was a proper scare or just a definition that was way too on point. And really almost all the words seemed significant and carefully chosen - I love those layers of subtlety. I also really enjoyed the extra lore on the 'hard' difficulty, and the looping nature of the game.

I will say that I felt the 'final' ending was a bit too ambiguous, in a way? I thought I'd failed again because I wasn't able to turn off the phone, and then the doorbell rang and there seemed to be no one there, which is what also happened in the bad ending. After reading the comments it looks like the phone turned off without my input, and I did get the 'final ending' screen, but it was pretty confusing. Overall though this was a great atmospheric game, extremely unsettling and clever, and perfect for Halloween Eve!

Thanks so much for this thorough write-up! Glad it hit just the right amount of creepiness.

I actually agree that I left the final ending a bit too ambiguous... I have plans to patch in a clearer one, once I get some free time to do it!

edit: and three months later, the update has finally been made

I love how the friend is aware if you play again! really cool game!!

great game!! audio creeped me out a lot, loved it

the friend creeps me out...

after playing three times, with the friend being seemingly aware of previous run-through, i could only get the good ending twice (mum/friend come over) and the bad one.

any advice on how to progress?

also, i love your games! the atmospheric feeling is amazing

Spoiler alert for anyone who hasn't played the game yet-

I don't know if I did this right, but I physically pressed the power button and turned off my computer for a few seconds because 1. the friend told me my phone was what was attracting the man and 2. the options are saying "TURN OFF YOUR PHONE" when the vocab app is glitching. After turning my computer back on I kept playing and got the final ending.

Cool! I can see the nosleep inspiration with how it's styled!

This was terrifying, the atmosphere has me on edge the entire time! The only problem was I couldn't figure out how to get to the 'final end'. i got all of the other 3 but I couldn't get this one :( any tips/tricks would be appreciated xx

Thank you! For the final ending, you need to follow your friend's advice. Keep an eye on the text conversations in later runs...

enjoyed the heck out of this. any tips on getting the final end? we're struggling a bit on that one haha

For the final ending, you need to follow your friend's advice. Keep an eye on the text conversations... 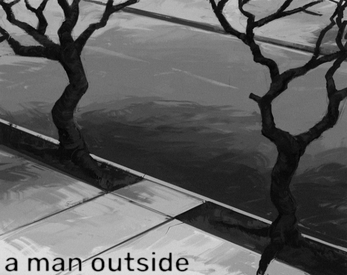