Scavenge a hotel for supplies in the wake of a zombie apocalypse.

Cover art by the great peanut.

Omg i loved this!! i'm an avid fan of zombie movies & stuff and i seriously loved this !!!

Good, a little short, but still good. I did encounter a bug though, all sounds, except footsteps, cut off almost as soon as they started.

I've been checking out all your games and they're all great :)

Keep up the great work!

So.... I made an itchio account just to comment on your games. Hope that isn't too weird.

Your craft is, simply put, absolutely fantastic. I admit I'm pretty new to this genre as a whole. Text-based games can feel a little hefty sometimes--a little bit too much work to digest for someone like me whose attention span is already short enough as is for most flashy shiny games to keep my focus, let alone ones that make me read through blocks of text--so it's an absolute treat to come across a game of its genre that so seamlessly marries the spatial immersion of a traditional video game with the natural evocative power of words. It's why Kentucky Route Zero is a favorite of mine, but I feel like this game surpasses even that one in terms of intimacy and intensity. It might have to do with the smaller space and the subject matter of the game, obviously, but your elegant game design takes much of the credit, too.

I came from your tumblr post so I did get a glimpse into your thought processes behind this, and can I just say the grid format was genius? I know you said it was directly inspired by A Dark Room, but I haven't played that one so I sadly don't have that point of comparison. But the Silent Hill influence really shone through in how it gave off the perfect third-person-but-first-person-intimate perspective without using any sprites or markers to indicate the location of the character, which imo would have ruined a lot of its emotional impact (it's actually one of the minor problems I have with the OG SH games, and really just visual games as a whole). It was also simple to navigate, which made combing all the rooms very easy and thus not an exercise in frustration wondering if I hadn't missed a corner of the room somewhere. The confrontation in room 201 really spiked my adrenaline, but personally my favorite moment was having to manually click the prompt to reveal the screaming red DO NOT OPEN letters in room 208--made me feel like I was moving my flashlight over them in real time, and the pang of dread it sent through my stomach was very real.

I cried for the toddler. I don't care if it's a bloody horror cliché to use children as a device for poignancy, it gets me every fucking time and you positioned the beds so well that I had already found the T-rex plushie and the bandaids and the snacks long before I got to the inevitable corpse wrapped in sheets like an unbearable gift. By that point I was almost hoping the corpse would be the adult's. Or at least that there would be two of them in that room. That there was only the child was almost infuriating in the sheer despair of it. You could have let us pick up the T-rex. I would have in a heartbeat. God damn this game is good.

All in all, thanks so much for making this. It sure hits differently playing this in 2021. Hope you and yours are doing alright.

Holy moly, thank you so much for this incredibly thorough and kind review. I've been thinking about it non-stop at work since I read it. Comparing this game favorably to Kentucky Route Zero and SH... I'm really flattered. THANK YOU. (Incidentally, my very first playtester made the same remark about the T-rex plushie, but Mr. Protagonist has no time for our sentimental frivolities.) So glad you enjoyed the game, and your review single-handedly re-motivated me to work on another game set in the same universe.

(Also, I definitely recommend A Dark Room. It's very different from this, but it's another good IF-adjacent game that will keep your attention with short bursts of text/narrative!)

your games are all so enjoyable I've been trying to play them all I really like this one :)

Thank you so much!! I try not to play favorites, but the writing in this one might be favorite overall :)

i wish there was a score on how likely you are to survive with your supplies.

This was really well done! I enjoyed it, though I was scared to be jumpscared... Good job!

Thanks so much!! Glad you enjoyed it. 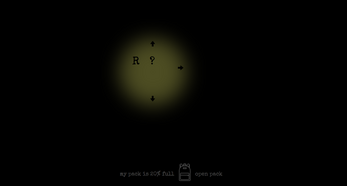